Everything started with a plastic bag with various different components that would be assembled together. The year was 1993 and the proper recession had bitten, with all that implies. A number of players who had got the bag in their hand were not interested and eventually ended up the bag with me. It all recalled a little bit about a Lego. After some picking back and forth I noted that this should be able to go the way. With a background from the very instructive and demanding automotive industry, where high quality requirements and short lead times were everyday, it was negotiated with the customer. Both parties felt the trust why a long-term partnership was initiated. The cooperation lasted 24 years, which is fantastic, not least because it laid the foundation for Montex and its fantastic development. Montex is an abbreviation for the assembly expert. Montex has developed into a company that manages purchasing, logistics and distribution worldwide and has customers both in Sweden and the rest of the world.   Eric Ullström, CEO 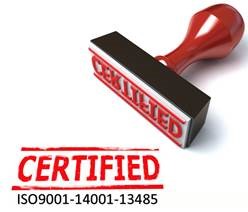